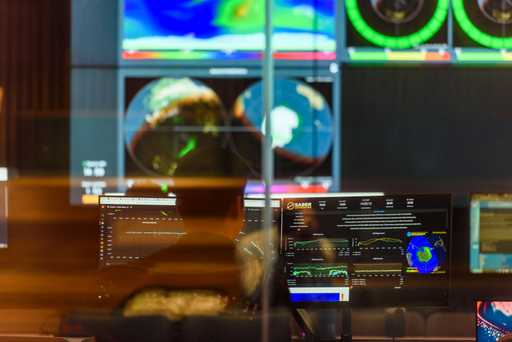 Sentinel will be a key tool managing space traffic in both military and defence as logistical challenges exponentially grow. The number of working satellites in space has doubled in the last three years to 7,500, it is projected to reach 40,000 by the end of the decade. Both civil and military space sectors are yet to see an end-to-end space traffic management system in the market, Sentinel is the first step in establishing such a system.

“The logistical challenge is not just to say where these objects are, but what they are doing“, says Saber’s CEO Dr Jason Held. “The military wants to be able to see threats quickly and respond to them. Civilian organisations want to be able to track, assess, and negotiate spacecraft right-of-way so they can fly safely. This is the beginning of what we see as a genuine path for space traffic management.”

Saber USA Director, Nathan Parrott, explains “One of the problems USSF Guardians have been telling us is that they are drowning in alerts and are overwhelmed in a sea of data that prevents them from effectively identifying, ranking and preparing countermeasures to threats. Sentinel is an automated system that puts the user’s requirements first, allowing them to curate their own alert criteria that is specific to their requirements, and allowing Guardians to tune their alerts and continuously adapt them as the threat landscape evolves.”

Sentinel’s automated threat detection is also gaining importance in civil and commercial space traffic systems, which are evolving independently but still must liaise with their military counterparts. Civil space traffic focuses on safety of flight and deconflicting right of way for spacecraft maneuvers. The same technology will help operators understand a satellite’s behavior in a flight plan– a critical capability to overcome space congestion.

Sentinel completed a USAF Phase I at the end of 2021 and was trialled during live space domain awareness exercises that are held globally with the United States Space Force (USSF).

Saber Astronautics currently uses Sentinel within the Responsive Space Operations™ (RSOC) program. The RSOC is Saber’s next generation mission control center located in Colorado and Australia. Both sites combined give a follow-the-sun operational service, with spacecraft owners from the Satellite Communications and Earth Observation markets, as well as increased interest from US and Australian military, both supporting the RSOC in their host country.  Sentinel will be deployed to USSF operators directly via Saber’s Space Cockpit™ program and to commercial operators via the RSOC.