Boulder, Colorado, USA -- Saber Astronautics recently won a $540K award as a part of the Tactical Funding Increase (TACFI) Program by AFWERX, the innovation arm of the US Department of Air Force (US DAF).

The TACFI award supports the further development and refinement of Saber’s space operations software, ‘Space Cockpit’. Developed with adherence to the latest in DevSecOps best practices, it received a renewal of its Certificate to Field (CtF) and is deployed to warfighters on NIPR and SIPR networks since 2020.

Space Cockpit originally won funding as part of the US Space Forces rapid acquisition program in 2019. Saber is able to update Space Cockpit in parallel to USSF Guardians’ developing needs with direct, continuous feedback from operators themselves. This ability to quickly and continuously upgrade software is a key benefit to the USSF.

The Director of Saber Astronautics USA, Nathan Parrott, explains its importance: “Normally the government buys software and that’s the end of it. But modern warfare, especially in space, is very dynamic. We needed the ability to update the program on the fly to respond to the rapidly evolving threat landscape. We may know what features Guardians need today, but what about tomorrow?”

The most recent improvements deployed to warfighters include an upgrade to the orbit propagation algorithms supporting CisLunar spaceflight, charting spacecraft orbit states and observations, and the ability to execute spacecraft maneuvers. Space Cockpit is also being uplifted to support Saber’s early warning threat detection system, ‘Sentinel’.

The number of users of Space Cockpit doubled in the last two months, with hundreds of operators across multiple units in the USSF. “Space Cockpit, especially the visualization features, are going a bit viral within the Space Force community.” said Dr Jason Held, Saber Astronautics CEO.  “Each unit has their own special needs so we developed a framework in Space Cockpit to allow rapid changes. Embedding flexibility in the software is empowering for operators to directly impact the product they use every day.”

Space Cockpit’s original development was based on Saber Astronautics’ PIGI™ software, a space operations software used by the Responsive Space Operations Center™ (RSOC) in Colorado and Australia. PIGI is used to send commands and receive telemetry to spacecraft through a network of commercial ground station and sensor providers. 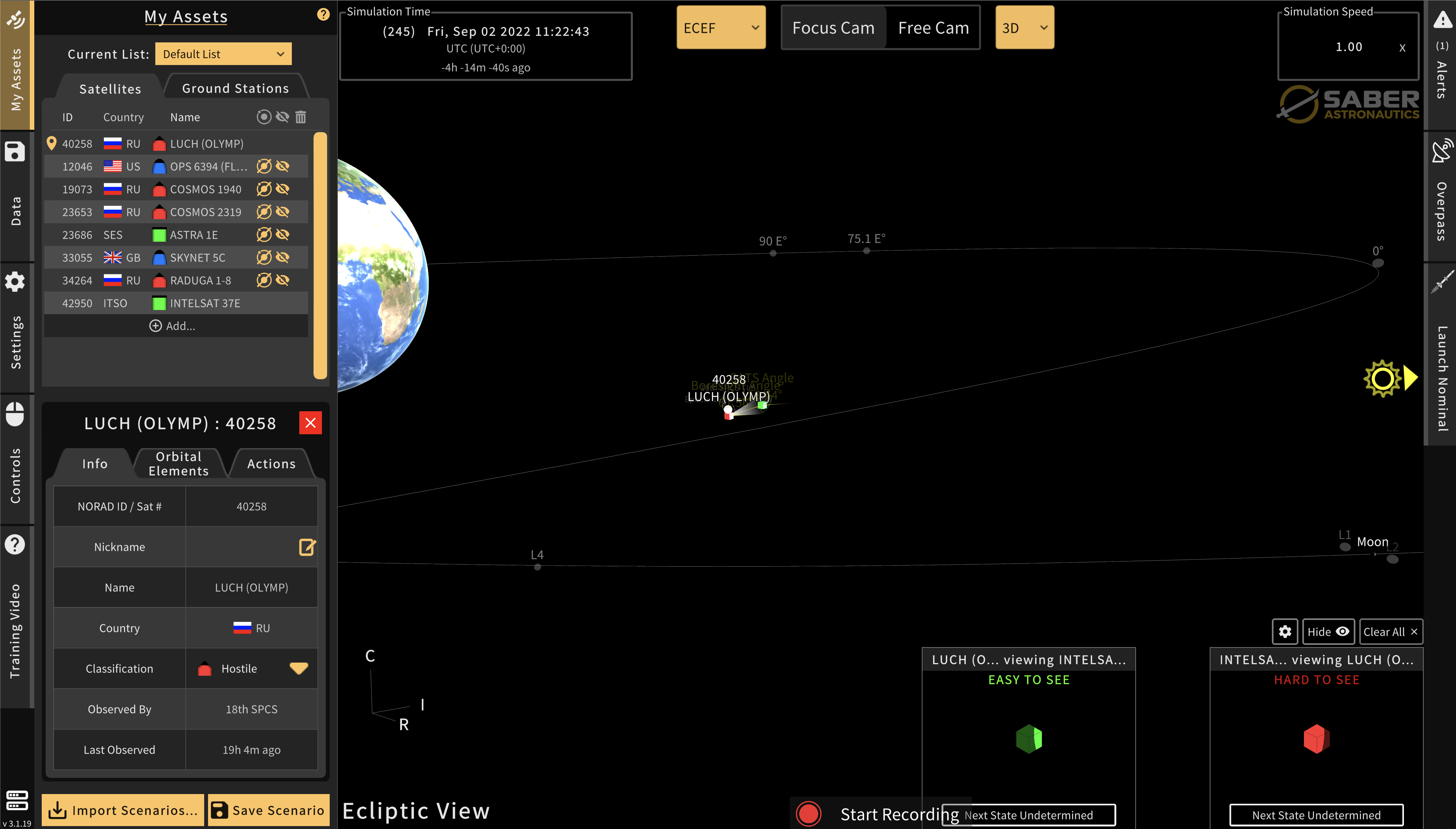