Saber accepted this first round of projects based on their manufacturing potential and longer term capabilities in various fields such as health, food production, and future sustainable space access:

Project teams will participate in a series of workshops starting in February at Wolfpack Space Hub, in order to get ‘’flight ready’’ for Axiom’s flights to the ISS in 2024 and 2025.

Saber’s Australian Astronaut Program is part of the most recent push for commercially funded astronauts. This program is opening the door for projects to access the laboratory aboard the ISS, with an undiscovered potential for return. Successful projects are aiming to build new products in a diverse range of industries and research using the unique environment of space. The ISS offers unparalleled advanced manufacturing and research opportunities. Project teams will also create advancements in areas such as human reproduction, plant growth and materials science. ‘’We are impressed by the innovation and creativity in the proposals and are excited to see the potential they can have on the future of space exploration and on Earth. There are more projects signing up and we want to give the best opportunity for industry to make the most of this exciting opportunity. ’’ said Saber CEO Dr. Jason Held. Saber plans additional project proposal rounds and workshops on a bi-annual basis.

More details about the projects and their researchers are as follows:

This project concerns the future of human exploration of distant planets, and the possible effects of space radiation and microgravity on frozen mice embryos, eggs and sperm will be explored. The project will require the development of new systems for stable longterm storage of embryos, eggs and sperm, and we hope that this will be a crucial benefit to all those undergoing fertility treatment now on earth.

The goal of P4S is to enable humans to thrive in Space by developing new plant forms, which will provide food, pharmaceuticals and materials on demand. This project will test the growth of the potential Space crop, Australian duckweed, in the challenging conditions of the ISS. This will support the development of sustainable, productive crops both for Space, and also for controlled environment and remote agriculture here on Earth.

As spaceflight and astronautic applications grow in importance and extend in mission duration, the ability to provide in-service repairs will become critical to ongoing space mission capability.  This project will develop and show the feasibility of a self-contained, miniaturised cold spray device to produce on-orbit solid state metal repairs.  This approach will avoid prohibitive heat exposure issues caused by traditional methods, while producing long-term repair capability.

A joint venture between the 4-Pines Brewing company and Saber Astronautics to bring the first beer in the world that can be used  in space. 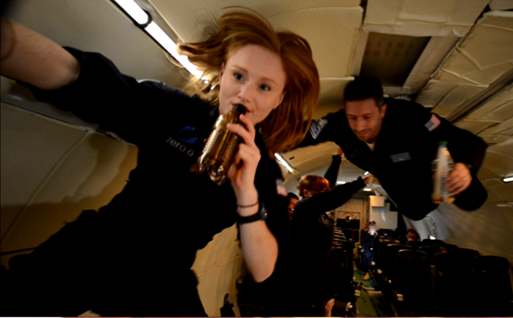